“We shall overcome because the arc of the moral universe is long but it bends toward justice.”

Listen to our co-Founder, Jennifer Ostan, share some insights on veterans Day 2022 with Shannon Bream!

MAJ (Ret.) Will Ostan was a guest on the GO RUCK podcast, Glorious Professionals, in June 2022. He shares the Arc story with Jason and Emily – founders of GO RUCK. This podcast caused someone on Capitol Hill to hear about the Wounded Warrior Bill of Rights which resulted in bipartisan support – amazing! 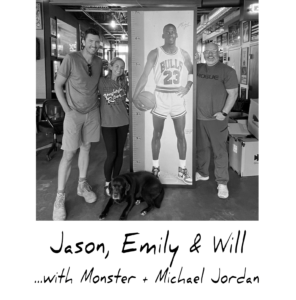 MAJ (Ret.) Ostan has been on Fox News Host Shannon Bream’s “Livin’ the Bream’ podcast twice. Once following his launch on Fox News @ Night and again a year later to checkin on our progress.

We apologize that the FoxNews podcast link is not leading you directly to the podcast. Scroll down to the one titled “Ret. Major Will Ostan: Arc Of Justice”

We are so sorry the FoxNews link is not working properly. Please scroll down to the second mention of Will Ostan – the episode is titled “Ret. Major William Ostan: Demanding Justice For Wounded Warriors”

Our mission is to bring reform to the military’s medical separation process (IDES) by restoring accountability and implementing safeguards for America’s wounded warriors.

This mission was birthed out of our family’s personal experience navigating IDES.

We quickly discovered a dangerous gap that if left unattended will result in the next generation of homeless veterans.

We’ve developed a campaign with five key points of participation that will serve to shed light on the problem and provide a solution.

Let’s FIGHT FOR THOSE WHO FOUGHT FOR US.
#FIGHT4HEROES

Our campaign revolves around our mission: to bring reform to the military’s medical separation process (IDES) on behalf of fellow wounded warriors.

We won’t stop until that happens, but mission completion hinges on YOU.

DO you want to see Accountability and reform?
sign our petition.
(Currently CLosed – CHeck Back in 2022 For New Petition)

DO YOU BELIEVE IN OUR MISSION?
help fund it.

HAVE you or A LOVED ONE BEEN MISTREATED in
THE “IDES” PROCESS?
TELL US YOUR STORY.

DO you KNOW SOMEONE WHO SHOULD HEAR ABOUT
OUR CAMPAIGN?
introduce us.

DOES YOUR ORGANIZATION WANT TO MAKE A DIFFERENCE?
LET’S JOIN FORCES.

HOW WILL WE ACCOMPLISH OUR MISSION?

We are already forging the necessary relationships to bring reform to the Integrated Disability Evaluation System (IDES) on behalf of Wounded Warriors in all branches of military service.  We will continue to meet with Department of Defense and Members of Congress to maintain forward progress.

We have made significant inroads with Members of Congress in both the House and Senate to collaborate on a “Wounded Warrior’s Bill of Rights”
to be included in a future NDAA (National Defense Authorization Act).

We are advocating for servicemembers to be given what the regulations already afford them, by re-establishing accountability and oversight to the IDES process.  We are gathering and sharing stories, helping others navigate the process,  requesting internal investigations when necessary, and requesting “Congressionals” on behalf of fellow wounded warriors.

We are calling for safeguards to be put in place to protect our wounded warriors while they are still on active duty.  These measures will restore the time-honored tradition of “open-door policy” up the chain of command and give the servicemember up to 1 year of treatment for a chance at recovery.

All these factors work together to reduce the risk of homelessness among Veterans and better position them for a successful transition to civilian life.

I still remember the day Will told me he wanted to join the military.  We were sitting on a brown leather couch in the local coffee shop I managed after college.  The radio was on and we were listening to the horrors of 9/11 being described in real time as we sat there, both feeling stirred to do something, anything.

Fast forward to 2004, when Pat Tillman was killed in action.  He was a former NFL player who sacrificed his million-dollar paycheck to serve his country in a time of war.  He joined shortly after 9/11 and his actions inspired men like my husband to do the same.  Tillman’s death reignited Will’s passion to serve, and he became a Direct Commissioned Officer in 2007, laying down all aspirations to practice Law in the private sector.  I was, and still am, so proud of his choice to wear the Army uniform.

In the 12 years that followed, our life in the military has been full of blessings and challenges.  We’ve faced multiple deployments, countless moves, made life-altering sacrifices, and endured long periods of separation. But in exchange, we’ve gained lifelong friendships, made unforgettable memories, welcomed miracle twins, matured through perseverance, and experienced incredible fulfillment in serving a worthy cause.  We don’t regret our years in service.

Beginning in  2013, upon return from deployment, we encountered a five-year period of mysterious symptoms relating to Will’s health. He had the typical fatigue during reintegration, but then it never left.  Being the fighter he is, Will pressed on through every physical set back as if it was a new challenge to be conquered.  He’d gladly give the Army everything he had 6 days a week, and he would rest on the 7th.  That worked for a while – until it didn’t. Eventually, his body betrayed him.  His symptoms ramped up in intensity and became quite debilitating.

Will was finally diagnosed in January of 2018 with a rare disease triggered by exposure to environmental toxins in Afghanistan.  His need for medical treatment surpassed his ability to perform his duties. The JAG Corps supported us every step of the way and had Will’s best interest at heart when they moved us to Washington DC for access to better medical care.

At that point, he should have been given up to a year to recover and seek treatment, as outlined in the regulations.  Instead, he was improperly enrolled in IDES by a Doctor with no accountability… and so began our journey with the medical separation process.

We encountered everything you can think of along the way including failures of leadership, abuse of power,  partial/ignored diagnoses, bullying tactics, retaliatory measures, blatant lies, manipulations of fact, denied appeals, and a sham investigation. Please hear me when I say, we are not bitter or disgruntled, this experience simply strengthened our resolve to advocate for those that would come behind us.

We climbed the chain of command in two separate bureaucratic entities and witnessed top leaders skirt responsibility, turn a blind eye to problems, and continue to point fingers in attempts to shift the blame.  Everyone understood and recognized the dangerous gap we uncovered, but the entity tasked with managing the process, simply would not own it.

One week that stands out in my heart and mind is the week we were given an official apology on behalf of DHA and told we were being granted the year of treatment for Will to have a chance to get better.  This meant we could exit IDES, return to work, and get the care he so desperately needed.   I am certain I did some sort of happy dance followed by tears of relief and then a quick delete of the email drafts going out to prospective employers.  For a brief moment, I could hold off on becoming the main breadwinner just a little longer and focus on getting Will healthy.

Fast forward three days later when the news we had received in writing was rescinded.  There was no expressed remorse, no apologies, and no making it right.  DHA had all the power, and they chose to abuse it.

This is not the ending we imagined when he took his oath to serve, but we remain grateful for the years Will’s body allowed him to serve this great nation.  With a new resolve, we are ready for the mission ahead.

Fight in the Shade, 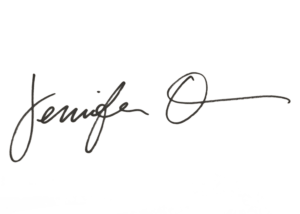 Major (Ret.) Ostan began his military career at Fort Drum, NY, in 2008, where he served as an Operational and International Law Judge Advocate, a Legal Assistance Attorney, and a Trial Counsel (Prosecutor) for the 10th Mountain Division (Light Infantry). 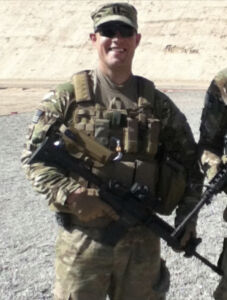 He deployed with the Division Headquarters to Iraq for ten months where he served as an Operational and International Law Attorney in Baghdad during Surge Operations.

Following the Graduate Course in 2016, Major (Ret.) Ostan was assigned to serve as the Chief of Military Justice (CoJ) for the U.S. Army Cadet Command & Fort Knox at Fort Knox, KY, where he served until 2018. This is one of the few CoJ positions that manages a nationwide courts-martial jurisdiction and the only one responsible for military justice prosecutions spanning over 1,300 university ROTC programs.

Thank you for caring about our nation’s heroes and what happens to them when they are too sick or injured to continue fighting.

Your donation directly fuels our efforts to advocate for reform, restore accountability, and work with Congress to effectuate change.
We can continue to provide advocacy services to individual clients, Pro Bono, because of you.

Thank you for joining us in the #FIGHT4HEROES.